The Caspian Sea Monster was named after the "Ground Effect Vehicle", called "Ekranoplan" in Russian, which carried massive payloads quickly and economically across the Caspian Sea. It utilized 10 massive Dobryin VD-7 turboject engines to skim a mere 20 feet above the water like a giant hovercraft. It still stands as the largest vehicle of this type ever designed and built, with a length of 100 meters and weighing 544 tons. 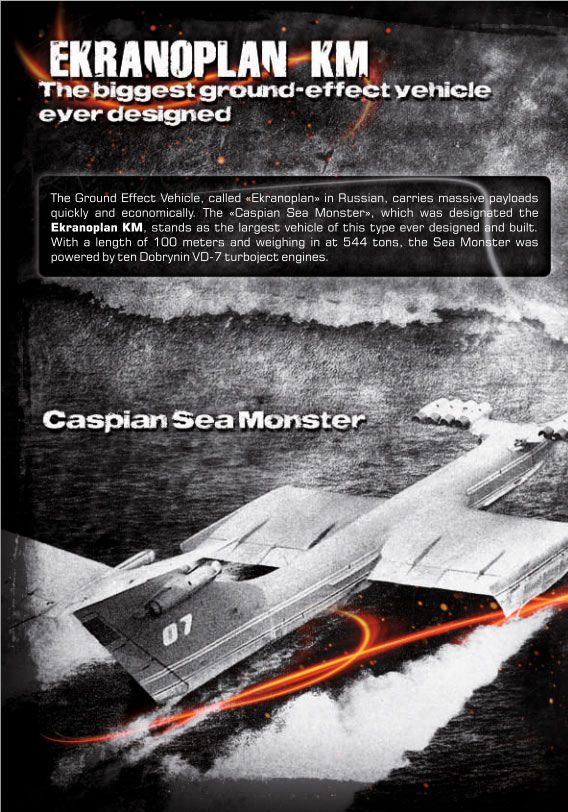