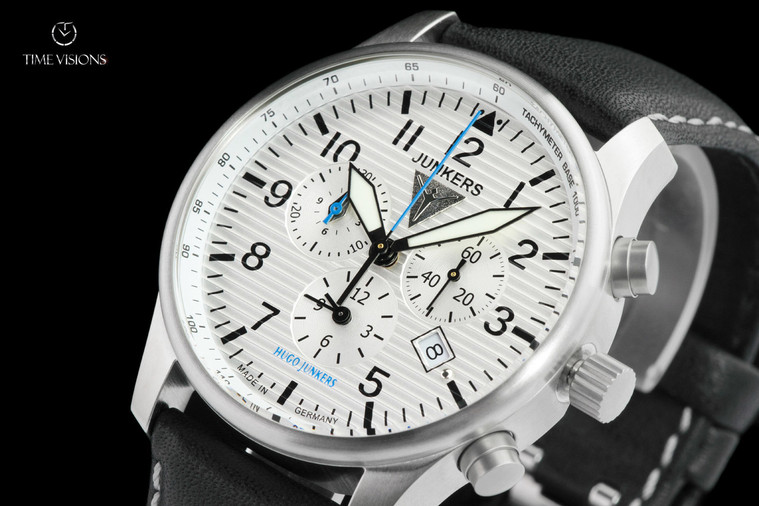 The Junkers "Hugo Junkers Series" offers classic designs combined with great functionality. These German made pieces commemorate the 150th anniversary of Professor Hugo Junkers, the greatest pioneer in German aviation history This model 6684-1 begins with a corrugated sheet-metal style silver dial that mimics the construction material used on several famous Junkers aircraft. The timekeeping function is capably managed by a Swiss Made Ronda caliber 5130.D quartz movement with 6 jewels. This timepiece offers not only Swiss chronograph (i.e. stop watch) functionality, it also includes an alarm feature. A date window cuts through the dial at 4:00. The Junkers brand name and logo rise proudly below 12:00. The hour and minute hands trace along the outer dial which also offers tachymeter markings. A subdial at the 3:00 position houses the constantly running second hand. The 6:00 subdial is used for the alarm function and it includes small hour and minute hands used to set the alarm time. The hands in the 9:00 subdial serve as the minute and hour totalizers for the chronograph function. The large blue hand acts as the second hand for the chronograph and is used to time events. This Hugo Junkers is secured to the wrist with a comfortable 20mm wide genuine leather strap. The buckle utilizes a dual tang configuration to score additional style points. The strap and watch are 9-3/4 inches in total length and will fit wrist sizes up to 8-5/8 inches.

Hugo Junkers A series of high quality timepieces has been produced to commemorate the 150th anniversary of Professor Hugo Junkers, the greatest pioneer in German aviation history. In the spirit of his legendary aeroplane, the JU52, this exclusive series of chronographs in the "Hugo Junkers" series stands for a pioneering spirit, innovation and enduring value. 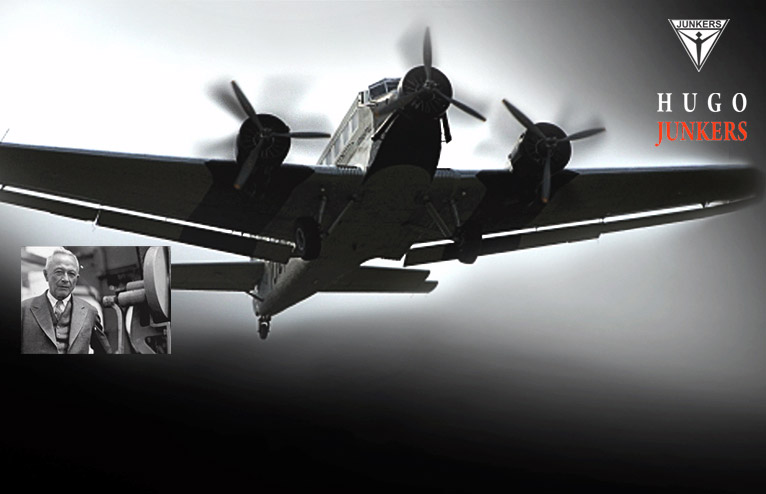