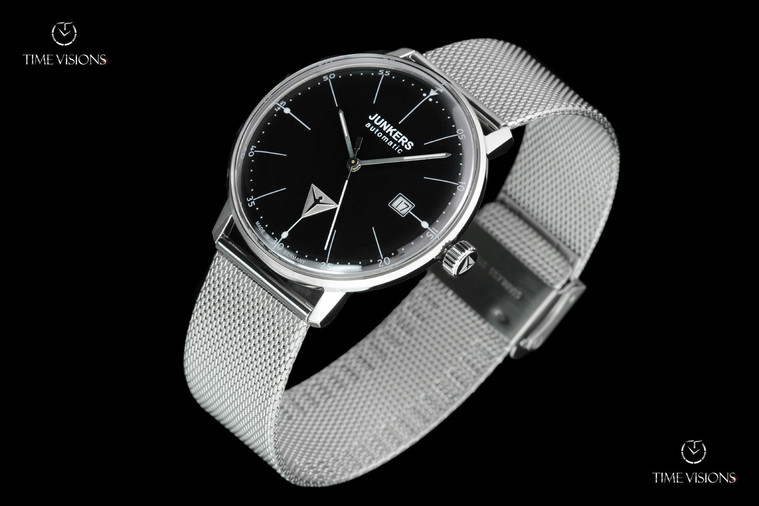 This striking new Junkers Bauhaus watch exudes class and style. The black dial, elegant lines, and stainless steel mesh strap make this German made 40mm piece perfect for any of your favorite suits or casual outfits. It makes the same tasteful statement no matter what it's worn with. The hour and minute hands as well as the dots on the hour markers are coated with luminous material that will glow blue (after exposure to a light source), and a date window can be seen at the 3:00 position. The watch is driven by a mechanical self-winding Swiss made Sellita SW200 movement with 25 jewels. 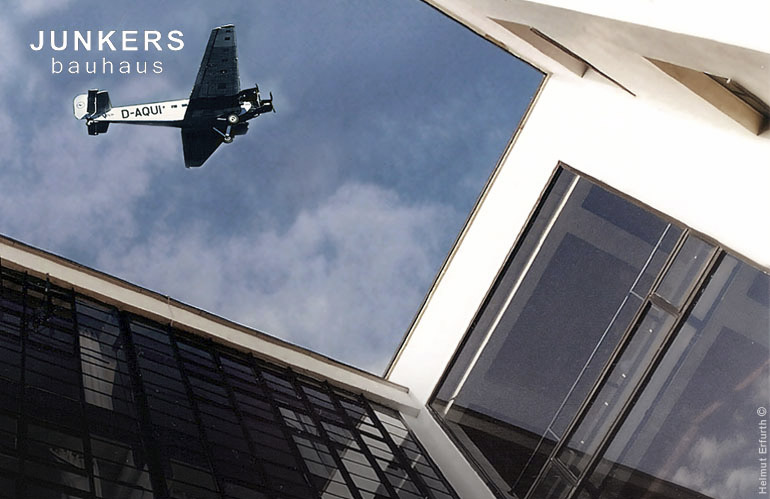