The super heavy N1 Rocket was created to launch Soviet cosmonauts to the moon, to Mars and Venus and to place huge space stations into orbit. It was the Soviet counterpart of the American Saturn V. The N1 Rocket was a titanic feat of engineering consisting of 5 stages. Its first stage involved a cluster of 30 high - powered rocket engines using kerosene and liquid oxygen as fuel. However, the development of a heavy - lift launcher, needed for the lunar expedition, was plagued with political and technical problems. The N-1 Moon Rocket was eventually replaced by the Energia Booster. 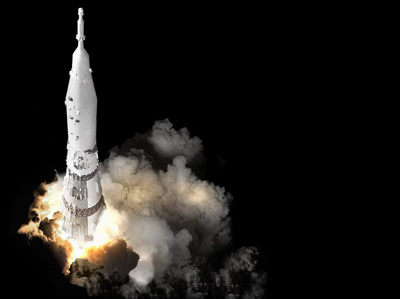